The usual suspects: time to move beyond the most obvious SVHCs

The precautionary principle needs to be applied to make REACH effective

We all have a bit too much on our plates. Self-help books are flying off the shelves and in the news we are constantly told about new ways to help us manage our time. One well-known method is named after President Eisenhower. It describes how you can divide your tasks into four squares, depending on their importance and urgency.

One organisation that has a huge task and a need to prioritise is Echa, with the newly released REACH Review identifying that its tackling of hazardous chemicals has been too slow. Even so, Echa still claims that “all currently known relevant substances of very high concern (SVHCs) have been addressed”, a statement that has received much criticism.

So what does Echa really mean by ‘addressed’? As a taxpayer, would you not think that it means that these substances are no longer in use? As someone working with this issue on a daily basis, I could settle for labelling substances that have been placed on the candidate list as ‘addressed’. However, this too is a long way from what Echa actually means here.

‘Addressed’ in this context means that the substance has somehow showed up within the complex methodology of the SVHC roadmap and that these are also the relevant substances. Slightly simplified, I believe that this roadmap has been set up to tackle the chemicals in the first square: important and urgent.

Prioritisation is, of course, crucial in a context where a few thousand chemicals are suspected of having multiple and different hazardous properties. What I find problematic is how this is being communicated and how it influences both public perception and the plan for future action.

The prioritisation, although done thoughtfully, means that important groups of chemicals are being set aside: those that are not so urgent, but possibly very important. There is no plan to address them and yet they include chemicals that are not yet registered, are classified as carcinogenic, mutagenic or reprotoxic (CMR), or are being targeted by other regulations.

While one could argue that these are not the ones in most urgent need of attention, this does not seem to be the way that the EU member states see it. The current candidate list, as well as ChemSec’s Subsitute It Now (SIN) List, consists to a large degree of substances that would not fall under the roadmap.

Is it not strange to say that they are not relevant? Among the good reasons why these substances should be targeted are that they may enter the EU through imported articles, are not suitable as substitutes for identified SVHCs, or are low-volume chemicals.

The SIN List has a life of its own, independent of REACH. However, as project manager of the SIN List, and along with others, I still think the candidate list is the place where all substances meeting SVHC criteria should be listed. It should be the one list to rule them all.

There are many good reasons for this. The candidate list provides predictability and allows time for phase-out. It a strong guide to substitution. The SVHC will be assigned a sunset date and there is follows an automatic information requirement.  Although few consumers are aware of the right to know about SVHCs in products, the availability of such information is crucial for supply chain management.

It was also recently introduced as an important part of waste handling and the circular economy through amendments to the waste Directive. Therefore, it does not matter whether a chemical is targeted by other regulatory actions, all substances that fulfill SVHC criteria belong on the candidate list.

At ChemSec, we spent quite a lot of time last year trying to understand why the candidate list is filling up so slowly. Internally, we called the project “bottlenecks of REACH”. Through data crunching, interviews and careful analysis, we hoped to identify a few roadmap steps – be it an expert group or the board of appeal procedure – that could account for the snail’s pace.

What we actually found was a dedicated chemicals agency painstakingly following the roadmap and expert groups working to the best of their ability. It is a functional, although very sluggish, system. In fact, there was no single isolated procedure to blame for the slowness. The problem is rather a phenomenon that permeates the whole process of REACH. We can call it paralysis by analysis.

For every chemical discussed, manufacturers carefully scrutinise the background studies to find details which they then dispute loudly. Experts are not comfortable making decisions when there are uncertainties. It is fundamental to the whole idea of science – to identify uncertainties and to further investigate them. So this manufacturing of doubt, coupled with a lack of courage to act when it exists, is a very effective way to stall the process.

The European Commission attributes this to the work provided by Echa, according to the Review. No matter who is to blame, however, its origin is clear. REACH is working too slowly and an important factor is that the principle is overlooked.

It should be obvious to Echa that its duty is to serve taxpayers by protecting the environment and human health. The agency has the mandate to use the precautionary principle, no matter who opposes it. Industry will survive because of its ability to innovate and provide us with cleaner and safer solutions. The precautionary principle is key to getting REACH on track. 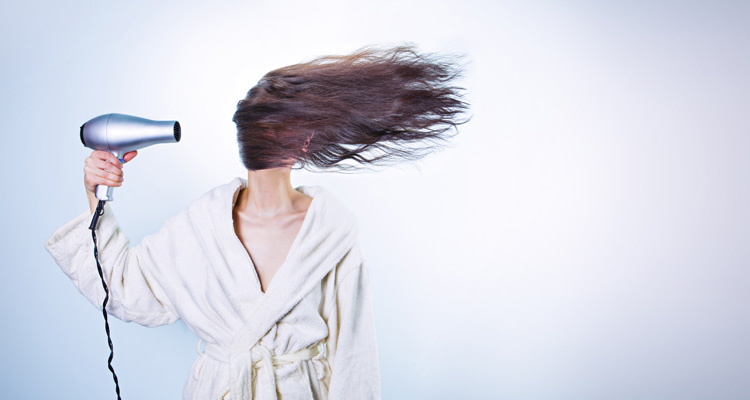 PRESS RELEASE: New chemicals on the SIN List challenge the global supply chain
Sign up for the best inside information from the world of chemicals